Color Out of Space

*Please Note* I have decided to put all Nicholas Cage movies in their own category. Since they are separate from the main reviews I will also be judging them a little differently so you may notice some higher ratings in this category.

A secluded farm is struck by a strange meteorite which has apocalyptic consequences for the family living there and possibly the world.

Who is the Audience for This Movie?

The sweet looking poster is the only reason I watched this movie. Just look at it….. 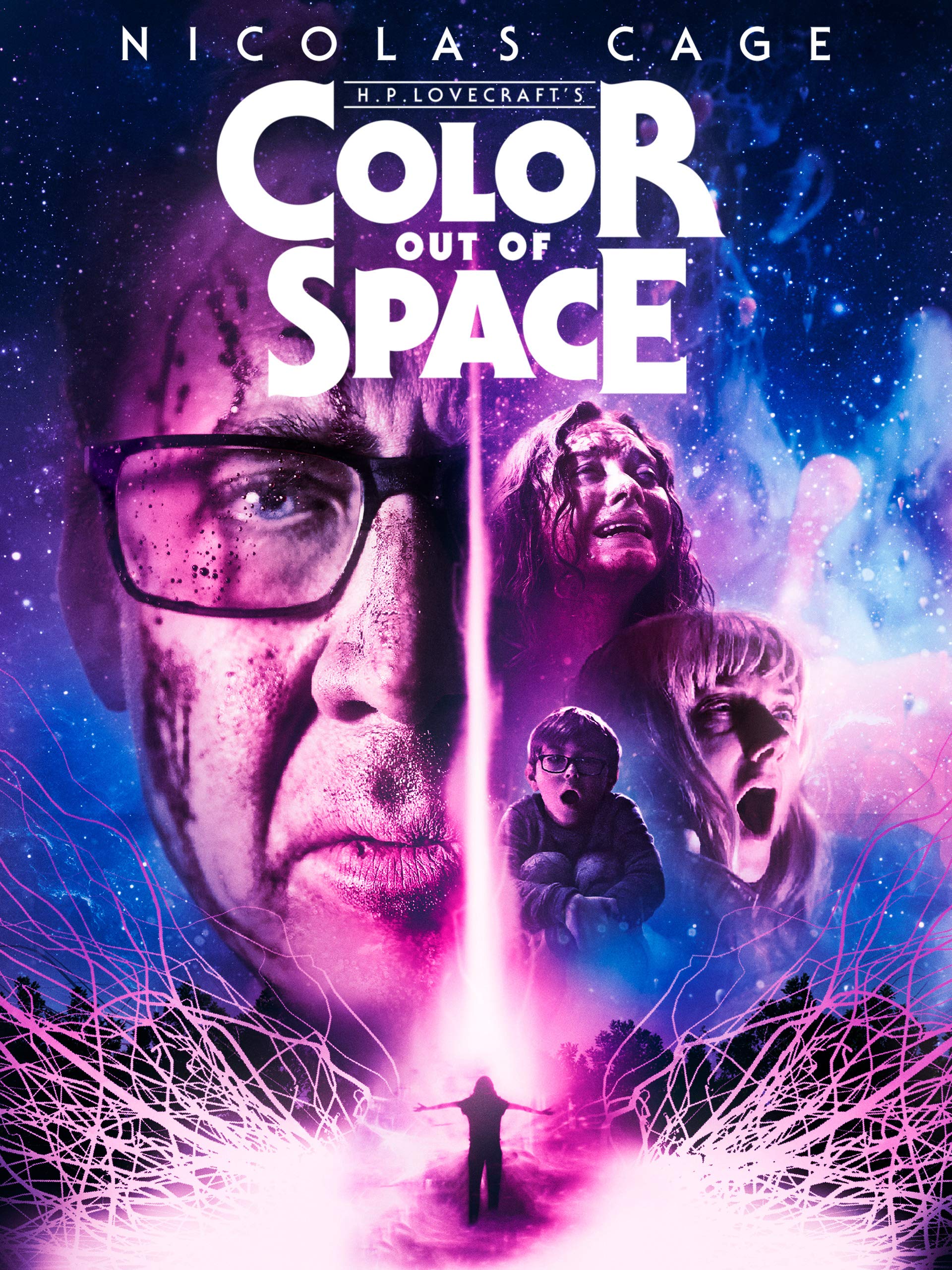 Props to whoever designed that because its the only good thing about Color Out of Space.

When trying to sum up why I disliked this movie I made a long list of everything it did poorly. My list started getting too long so I trimmed it down to a handful of points that explain why this promising idea fails so hard.

From the get go you begin to legitimately feel bad for the actors. You can tell they are trying to deliver all they can with the script they were given. I am not a good writer, I can admit that, but the movie looks to have a decent budget judging by the visuals they just should have put more of their budget into getting a proper dialogue writer. When Nicholas Cage is struggling to deliver what you wrote you really need to reassess your scripts dialogue.

You could make an incredibly long list of every classic horror movie they attempt to ape story ideas from. Imitation with restraint is great, imitating everything into one singular vision is impossible. Color Out Of Space never knows what kind of movie it wants to be. Is it scary or weird? pick one route and stick with it.

The decision to have 3 kids, 2 parents, an outsider, and a shut in the woods as main characters makes the movie too crowded. No one character gets properly fleshed out before shit hits the fan. It quickly becomes frustrating to watch when they keep jumping back and forth between characters without giving them any gravitas other then their 1 basic character trait.

Sprinkled throughout the movie is a constant joke like callback to the families pet Alpacas. The payoff to the joke ends up being a completely cheap ripoff of one of the coolest scenes from John Carpenters The Thing. Why they included it as a sub plot in their story is baffling.

It took me two sittings to make it to the end, as you can see by the movies I review on this site I like weird shit Color Out of Space managed to not click with me in any way.

Should You Watch This Movie?

3.3
There is no way I can recommend you watch this movie unless you absolutely have to watch every movie Nicholas Cage makes.
4.0

How Much Does Nicholas Cage Save This Movie?

How Does it Rate For a Nic Cage Movie?

The Unbearable Weight of Massive Talent

1 Mins read
A shady police detective finds himself in the middle of a murder conspiracy at an important boxing match in an Atlantic City casino.